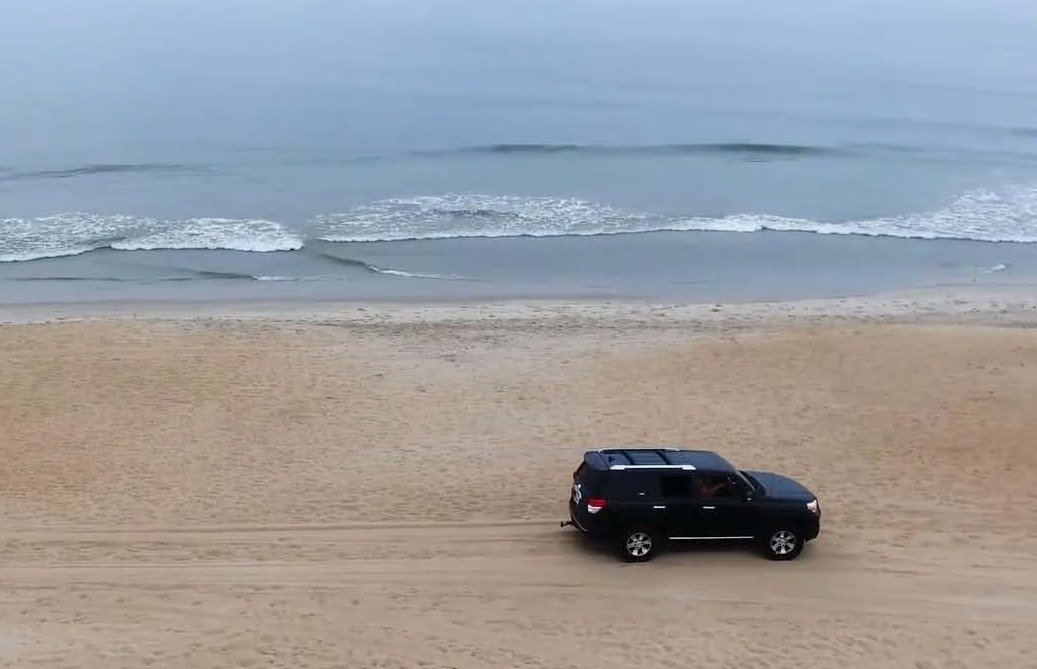 The Nags Head Board of Commissioners have approved significantly raising the fees charged off-road vehicle drivers to operate on the town’s beaches, and there will no longer be a reciprocal agreement with Kill Devil Hills on beach driving permits starting this fall.

“Our beach populations are increasing and we are seeing more visitors here in the shoulder seasons,” said Roberta Thuman, the town’s public information officer. “This has created more conflicts between beach drivers and other users.”

Beach driving permits for Nags Head residents and property owners will cost $50 and everyone else will have to pay $100 for the permit that is valid from October 1 to April 30. It’s the first increase in price for the permits since 1978.

The Nags Head and Kill Devil Hills permits are separate from permits required to drive on other Outer Banks beaches.

Permits for the beaches of Cape Hatteras National Seashore, which includes Bodie, Hatteras and Ocracoke islands, cost $120 annually, and $50 for a 10-day pass.

Currituck County mandates a permit to park on the beaches north of Corolla from May through September, but permits are not required to drive on their beaches since it is the only access to the Swan Beach and Carova sections.

Residents and property owners get free permits from Currituck, while weekly permits for all others cost $50 and are limited to 300 passes each week.

Permits to drive on the beaches of Nags Head and Kill Devil Hills prior to this fall cost $25 per vehicle, regardless of the owner’s residency. Those permits could be purchased in either town.

The beach driving season in Nags Head and Kill Devil Hills is limited to between the beginning of October and the end of April, when visitation had previously been lower on the Outer Banks.

But over the last several years, the “shoulder seasons” and even the winter have become increasingly popular with visitors, many who don’t have off road vehicles.

“We increased fees because over the last few years we’ve had to expand our presence on the beach to more actively manage beach driving,” said Thuman. “In essence, our fees help us cover the additional time and expense managing the beach driving program.”

“We closely monitor conditions and have started closing the beach in certain sections based on population,” Thuman said.

“Beach width has also been an issue in the northern end of town, requiring staff to open and close certain beach sections to driving several times during the beach driving season.”

Deputy Town Manager Amy Miller told commissioners on Wednesday that because the town has to verify either residency or ownership, residents and property owners will be required to purchase their permit at town hall.

“As for the two-tier fee structure, we recognize that our residents and property owners already pay towards some of this management through their taxes, so we felt they should pay a lower fee,” Thuman said.

All others will be able to buy their permits on the town’s website, at town hall and at participating local tackle shops.

Miller told commissioners that the Town of Kill Devil Hills has declined to keep the fee at $25 for all vehicles this year, leading to the end of the reciprocity agreement with Nags Head.

Watch the Nags Head Board of Commissioners July 6, 2022 meeting. Discussion of the beach driving amendment begins at 1:21:33: