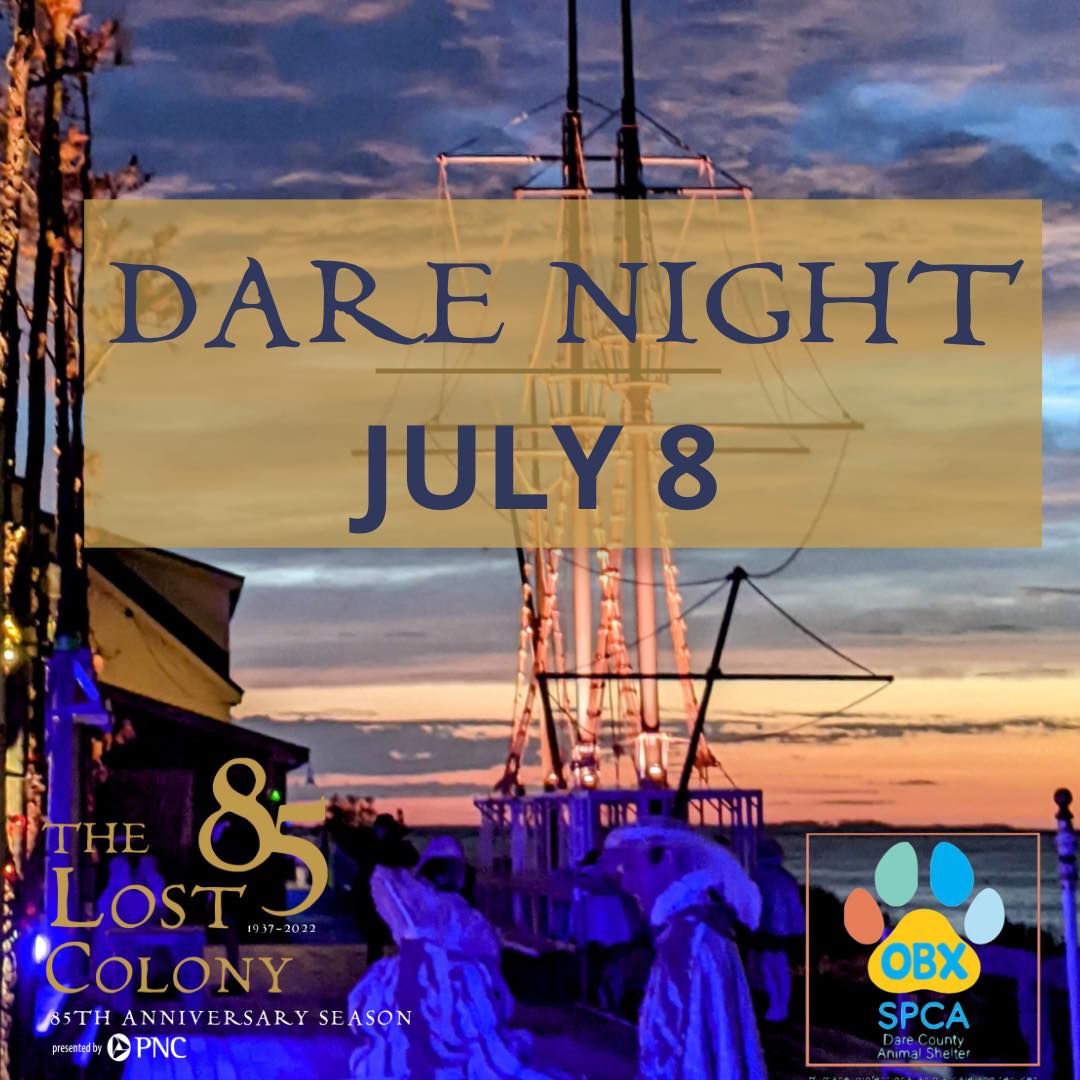 The Roanoke Island Historical Association has announced an additional Dare Night after the June 17 show was cancelled due to dangerous weather conditions. The July 8 Dare Night will benefit the Outer Banks SPCA.

Dare Nights, sponsored by Midgett Insurance, are historically the first three Fridays in June and offer free admission to all Dare and Currituck residents. Donations to the local food pantries are required to redeem the free tickets.

For the July 8 Dare Night, residents will be required to bring their local IDs as well as a minimum of one donation per household to the Outer Banks SPCA. Cash donations will be accepted as well.

“I haven’t been here long, but I’ve been on duty every night we have had to cancel a show. I hate cancelling shows, particularly Dare County Night shows. To ameliorate this disappointment, we decided to add another Dare County Night and we found a really good cause for it to benefit. Please join us for the fourth and final (we hope) Dare County Night of 2022.”-Chuck Still, Executive Director of The Lost Colony.

For July 8th Dare Night admission, the show begins at 8:30pm. Gates open at 7:30, please come early and bring your local ID, SPCA donation item and you will receive your ticket at the box office.

Te Lost Colony, proud recipient of the Tony Honor for Excellence in Theatre, was first staged in 1937 and is the nation’s premier and longest-running outdoor symphonic drama.

Written by Pulitzer Prize-winning playwright Paul Green, The Lost Colony’s 85th season will run from May 27th through August 20th, 2022, at Manteo’s Waterside Theatre, on North Carolina’s Outer Banks. For tickets and more information, go to www.thelostcolony.org or call (252) 473-2127.