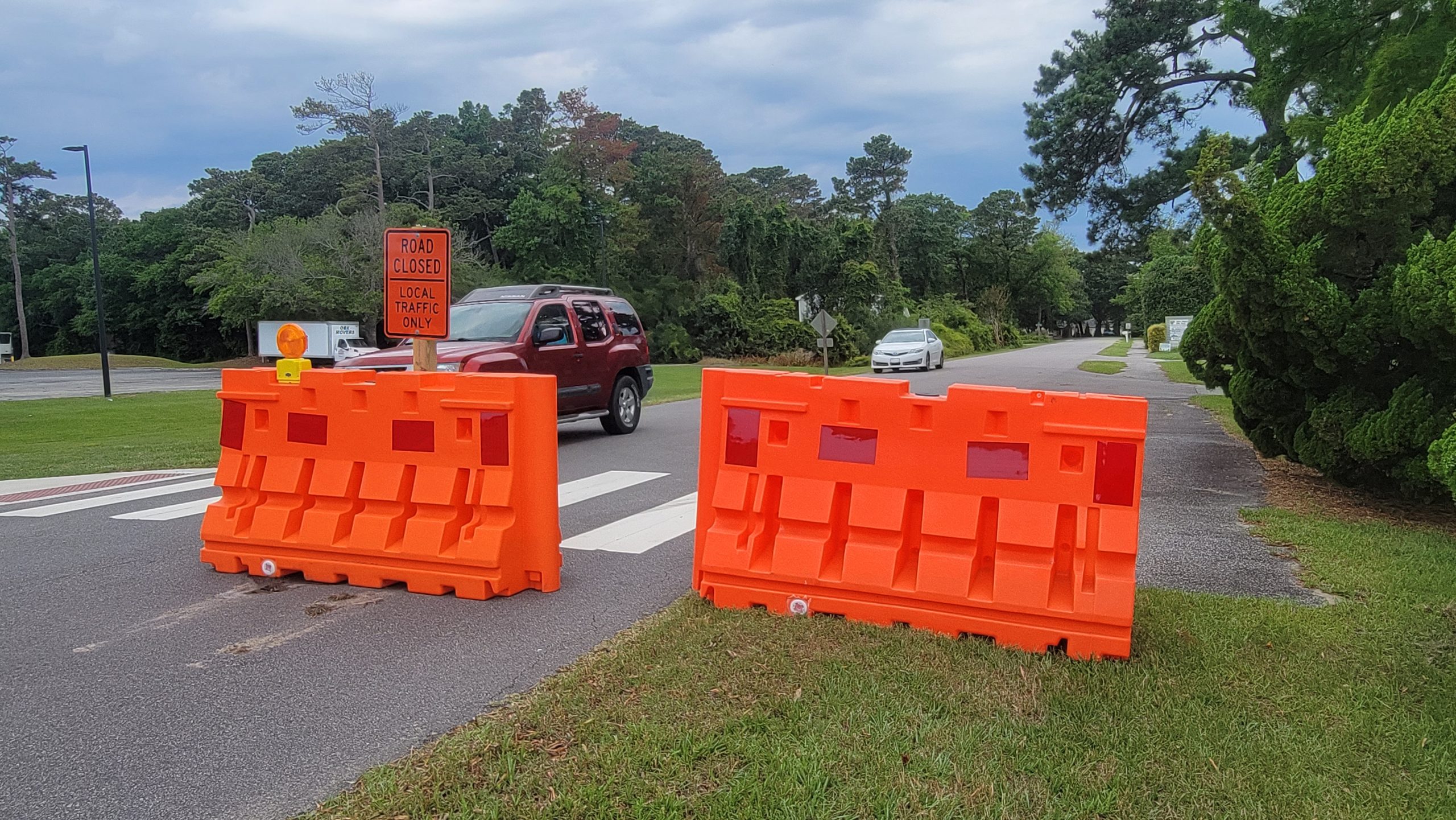 Efforts to alleviate cut-through traffic along the narrow streets of Southern Shores on Saturday and Sunday had unintended consequences last weekend.

That has led the town to decide not erect temporary barriers at key intersections during the upcoming holiday weekend, while still asking motorists to remain on U.S. 158 and N.C. 12 if they are traveling to Duck and Corolla.

“The blocking of Hickory Trail at East Dogwood is an example of the effect being worse than the cause,” read an email sent Thursday by the town.

“Traffic being backed up to the cemetery on South Dogwood is not an outcome we can allow,” the town said. “Once East Dogwood Trail and Hickory Trail were opened for traffic, we still experienced lengthy backups on South Dogwood.”

“We are experiencing different results from these barricades this year than last,” according to the town.

With the peak of summer traffic expected this weekend, the town said they will forego putting up the barriers and signs.

“This will provide as many outlets as possible and expedite traffic through Southern Shores,” the town said.