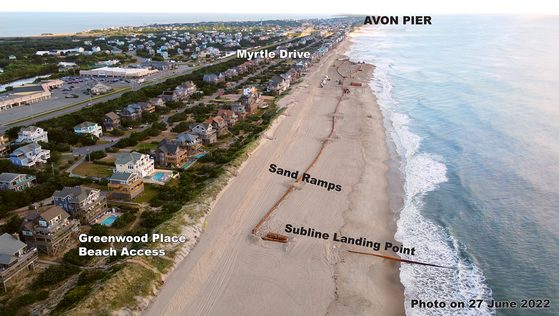 Beach nourishment to continue off Avon, Buxton work delayed until next week

With Great Lakes Dredge and Dock Co. making significant progress in just over a week, they plan to continue beach nourishment operations off Avon rather than shifting to northern Buxton.

According to a press release Tuesday morning from Dare County, the company has decided to allow the dredge Ellis Island to continue pumping sand along the beach heading north toward the Avon Pier until the dredge reaches its production limit from the current landing point.

Once that production limit has been reached, the Ellis Island will be released from Avon and move downshore to begin performing beach nourishment in Buxton.