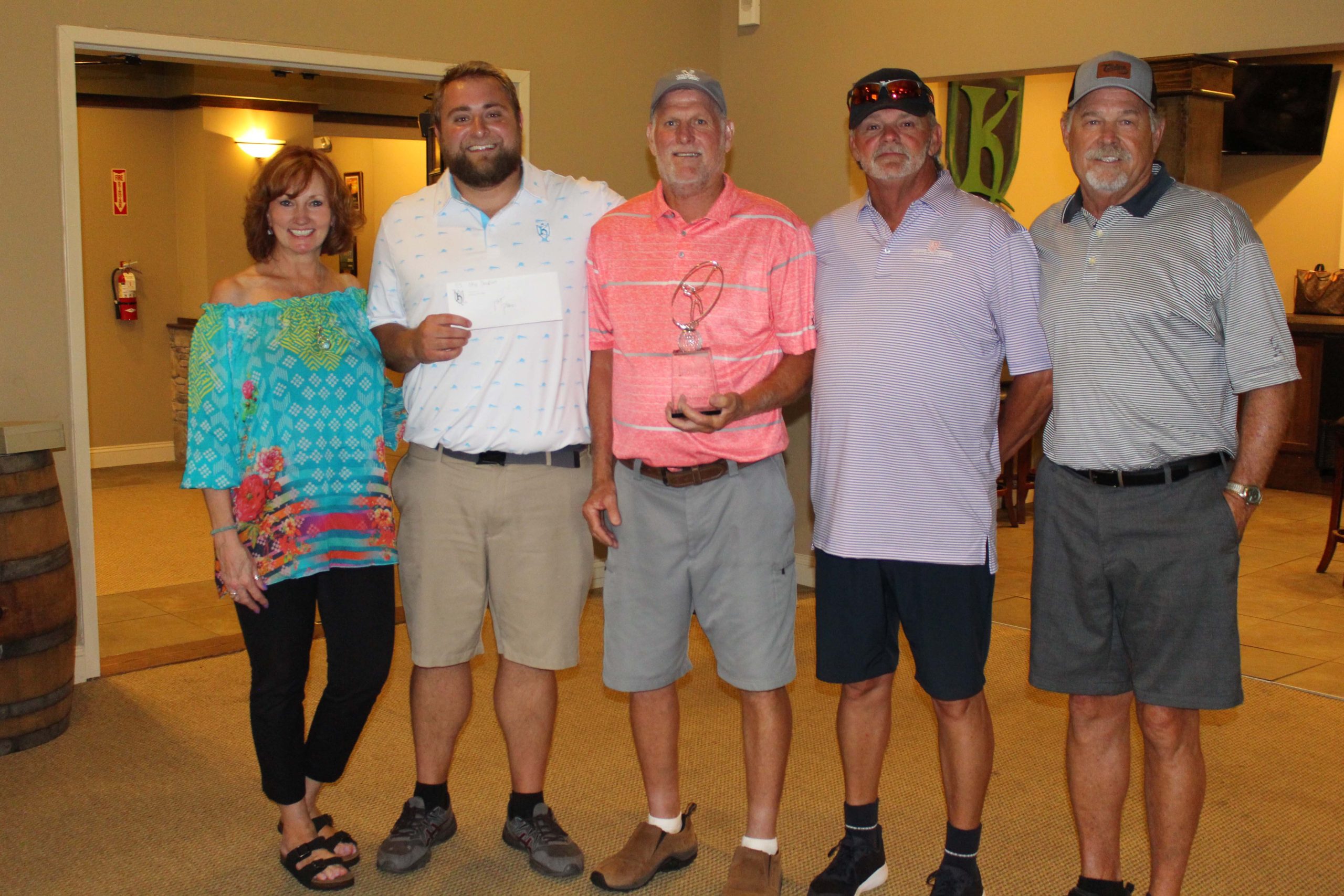 The 32nd Annual Outer Banks Association of REALTORS® (OBAR) Charity Golf Tournament was held at Kilmarlic Golf Club on June 3rd.  While there were a few sprinkles, the day turned out to be perfect for golfers.

Play began with a shotgun start at 12:30P with 25 teams on the course.  International Long Drive Team Champion Jacob “Jesus of Golf” Golliday sat on the 18th hole, and for a donation, offered to drive the ball for players. Golliday even added to the fundraiser by adding a separate raffle for a golf staycation.  Stacy Siers of Howard Hanna OBX was the lucky winner of that package.

“It was an amazing day. After having to cancel not only in 2020 due to COVID-19, but twice last year due to severe weather, it was wonderful to finally hold this event,” said Golf Tournament chair Kathie Nesbitt of Caliber Home Loans.

“I am so thankful for all the teams that participated,” Nesbitt said. “We could not have done this without our local business owners who generously donated raffle items as we raised so much for OBAR’s Disaster Relief fund.  This community is the most generous one I know.”

“I must also thank Kilmarlic Golf Club Director Bryan Sullivan and his amazing staff who have worked exclusively with us for 13 years and have helped make this event such a success year after year,” Nesbitt said.

Special thanks to the following sponsors:

Hole in One Sponsor: OBX Chevy

The 32nd Annual Charity Golf Tournament is the second of three events held annually as part of a “Surf, Turf, and Roll” charity campaign.  OBAR also holds a Bowling Tournament and a Surf Fishing Tournament with proceeds in the past benefitting OBAR’s Scholarship and Disaster Relief funds.

OBAR’s Disaster Relief Fund, held through the Outer Banks Community Foundation, was created in December 2003 to assist residents (not just REALTORS®) affected by natural disasters such as hurricanes and flooding.  In 2019, OBAR was able to donate over $30,000 to victims of flooding on Ocracoke Island after Hurricane Dorian caused flooding, wind damage, and a tremendous storm surge.  Says OBAR President Doug Brindley of Brindley Beach Vacation and Sales, “Despite distributing so much money in 2019 to aid Ocracoke families, we have been unable to add to the fund in the last few years.  It was important that we raise monies for this fund so that we may continue to help Outer Bankers, especially now that we are officially in hurricane season.”