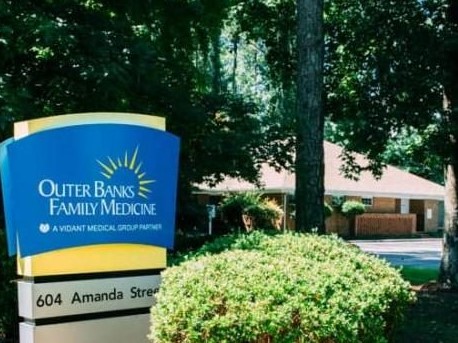 The Town of Manteo is requesting the head of ECU Health to appear before the town’s Board of Commissioners after Outer Banks Family Medicine – Manteo announced it will no longer be able to provide healthcare services to over 2,400 patients.

Patients were informed last month they would have to seek a new primary provider starting June 23, and that the other locations of the Outer Banks Medical Group were not accepting new patients.

“The Outer Banks Medical Group has and will continue to recruit primary care providers to fill the two vacant roles at Outer Banks Family Medicine – Manteo,” according to the letter dated May 23. “We are highly optimistic we will be able to hire at least one new provider in late summer or early fall.”

The letter noted that if or when new personnel are in place, “it will take time to develop the patient population given they can only care for a limited number of patients per day.”

Patients impacted by the closure were given a list of possible providers on the mainland, while some have turned to practices in southeastern Virginia.

Some of those who have been able to find a provider that has space said they were unable to get appointments until the fall at the earliest.

“It is important to know the national healthcare worker shortage, combined with a lack of affordable housing here in the Outer Banks, makes it difficult to recruit and retain providers and care teams,” the letter from Outer Banks Family Medicine states.

Dr. Gary J. Hunter, Chief of Staff at The Outer Banks Hospital, echoed those issues in a commentary published on June 10 at WOBX.com.

On June 15, Manteo commissioners heard from a number of community members regarding the lack of medical care available locally.

“During that meeting, the Manteo Board of Commissioners requested that I facilitate a community conversation regarding our current healthcare emergency,” said Town Manager Melissa Dickerson in a letter to Dr. Michael Waldrum, Chief Executive Officer of ECU Health.

Dickerson asked that either Waldrun or another representative of ECU Health, previously known as Vidant, consider appeared before the Board of Commissioners at their July 6 meeting “to update our community as to the efforts made by you and your staff on the recruitment and retention of medical professionals at the Outer Banks Family Medicine facility.”