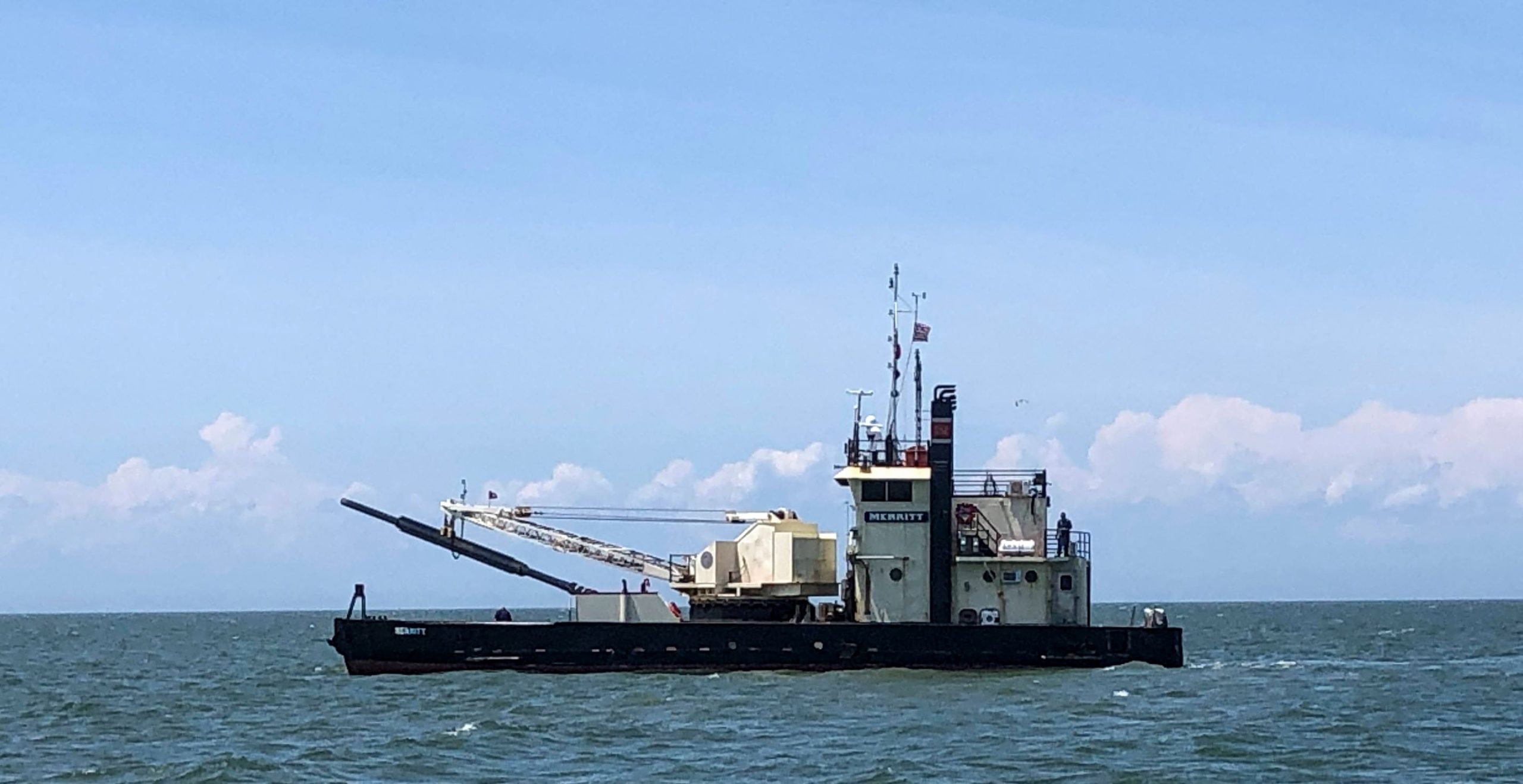 The U.S. Army Corps of Engineers’ Dredge Merritt on Friday began work to clear critical shoaling in Bigfoot Slough, just outside the N.C. Ferry Division’s Ocracoke-Silver Lake Terminal. The shoaling was the primary factor in recent schedule reductions on the Swan Quarter-Ocracoke and Cedar Island-Ocracoke routes.

The dredging operation is expected to take between seven and ten days, depending on weather and sea conditions.

Upon successful completion, the dredging efforts will result in a deeper, wider channel that will lead to the return of larger sound class ferries to the N.C. Ferry System’s two longest routes. Once the channel is deemed safe, the Cedar Island and Swan Quarter routes will resume their full summer schedules.

“We could not be more grateful to the Corps of Engineers for all the work they’ve done to keep our boats running,” Ferry Division Director Harold Thomas said. “Shoaling has been a serious issue up and down the North Carolina coast, and the Corps has responded quickly and professionally to all of our urgent requests.”

Real-time updates on weather or mechanical delays on the Cedar Island and Swan Quarter routes can be found on the Twitter feed @NCFerryPamSound.