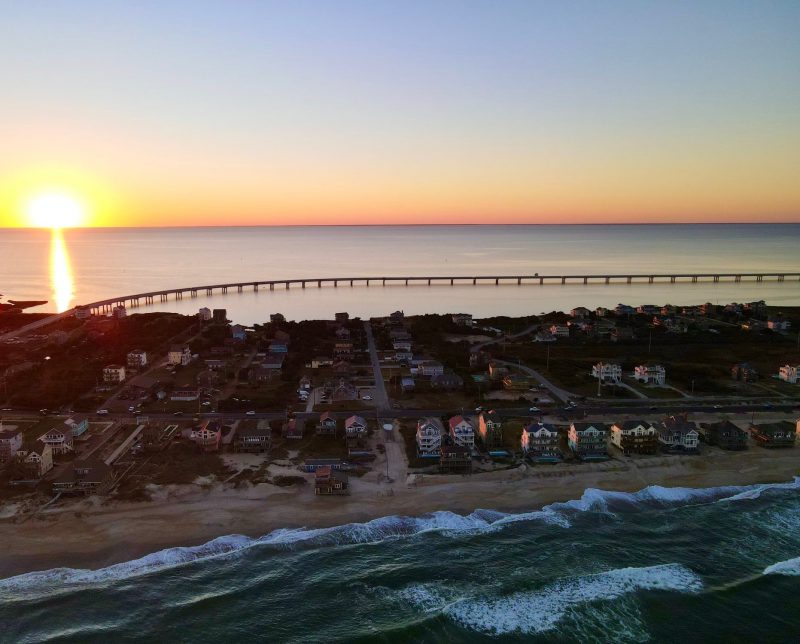 While hopes were high that the Jug Handle Bridge would open to traffic late this week, the opening has been postponed to next week due to a delay in the last steps of the process, which entails paving and adding the permanent lane markings.

“One of the pieces of machinery that the subcontractor needs to do the striping [or lane markings] was not available this week,” stated Tim Hass, N.C. Department of Transportation (NCDOT) Communications Officer. “We are now planning to get the striping going early Monday, and to have the bridge open sometime next week.”

The project was previously delayed in April due to a damaged expansion joint, which was one of 26 expansion joints on the 2.4-mile-long structure. Expansion joints allow the concrete to naturally expand and contract without cracking during the bridge’s estimated 100-year lifespan, and this damage required a new expansion joint to be delivered to the site to replace the original one.