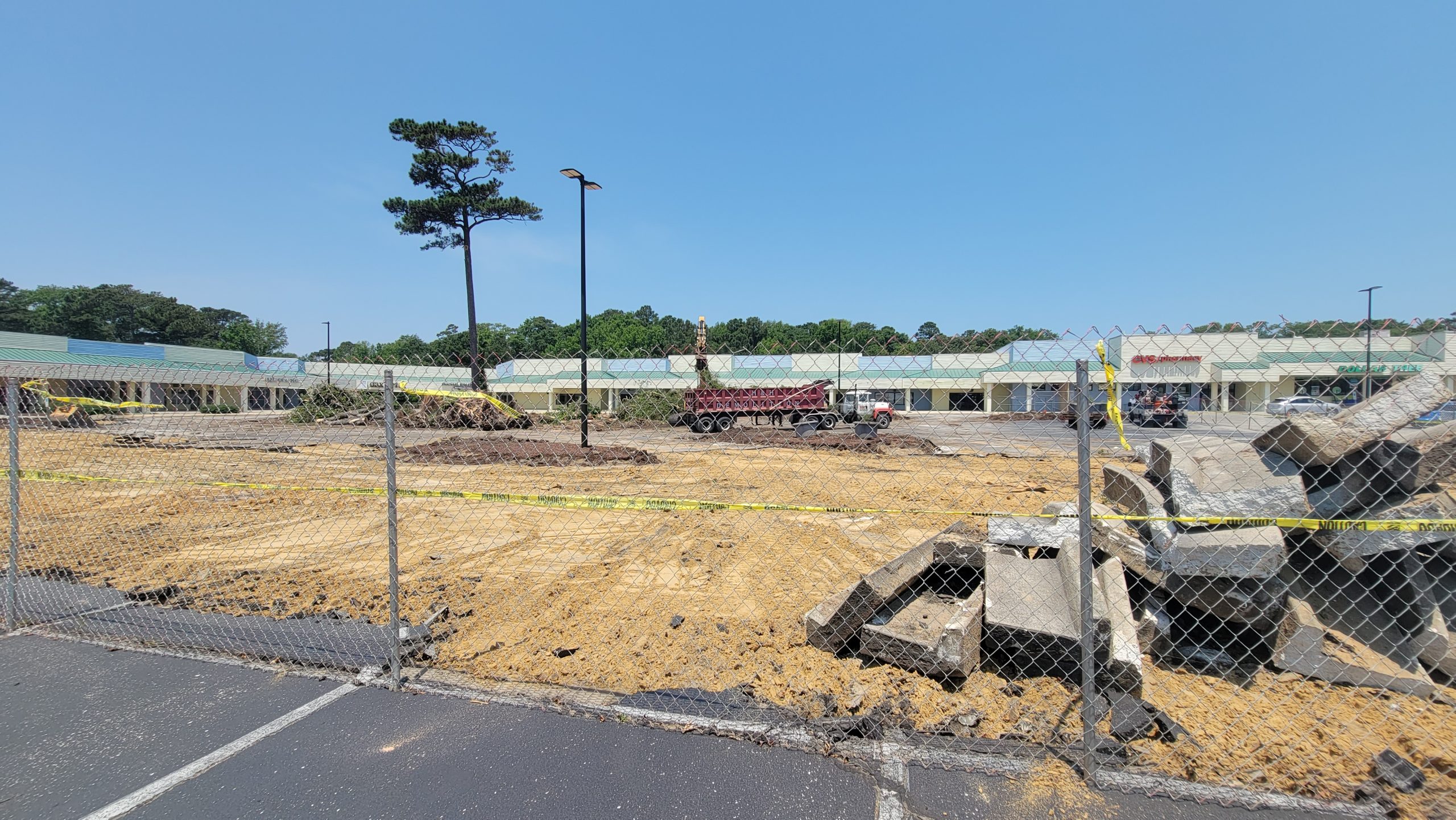 Demolition at The Marketplace in Southern Shores begins for Marshalls

Demolition work is underway at The Marketplace shopping center along US 158 in Southern Shores that will allow Marshalls to open a location as early as next spring.

A portion of the western wing will be torn down and replaced with the discount retailer and a Rack Room Shoes. The green space on the northwest corner of the parking lot is also being removed and the parking lot revamped.

The proposal generated some opposition from town residents. Despite concerns over the change in aesthetics to the property, Southern Shores Council members noted that town ordinances allowed for the changes and voted unanimously to approve in September 2021.

The Marshalls will cover 24,000 square feet, while Rack Room Shoes will be in a 6,000 square foot space next door.

A long-discussed remake of the shopping center built in the late 1980s by Aston Properties got underway in May when fences were erected around the parking lot, green space and structures that will be torn down.

Two tenants were directly impacted by the renovations. Coastal Rehabilitation relocated to another part of the mall, while Barrier Island Bagels was sold to new owners and moved last year to the former Argyles Restaurant on U.S. 158 near Eckner Street around mile post 2 in Kitty Hawk.

Access to the store fronts on the western end that will remain standing is still being maintained during the construction.