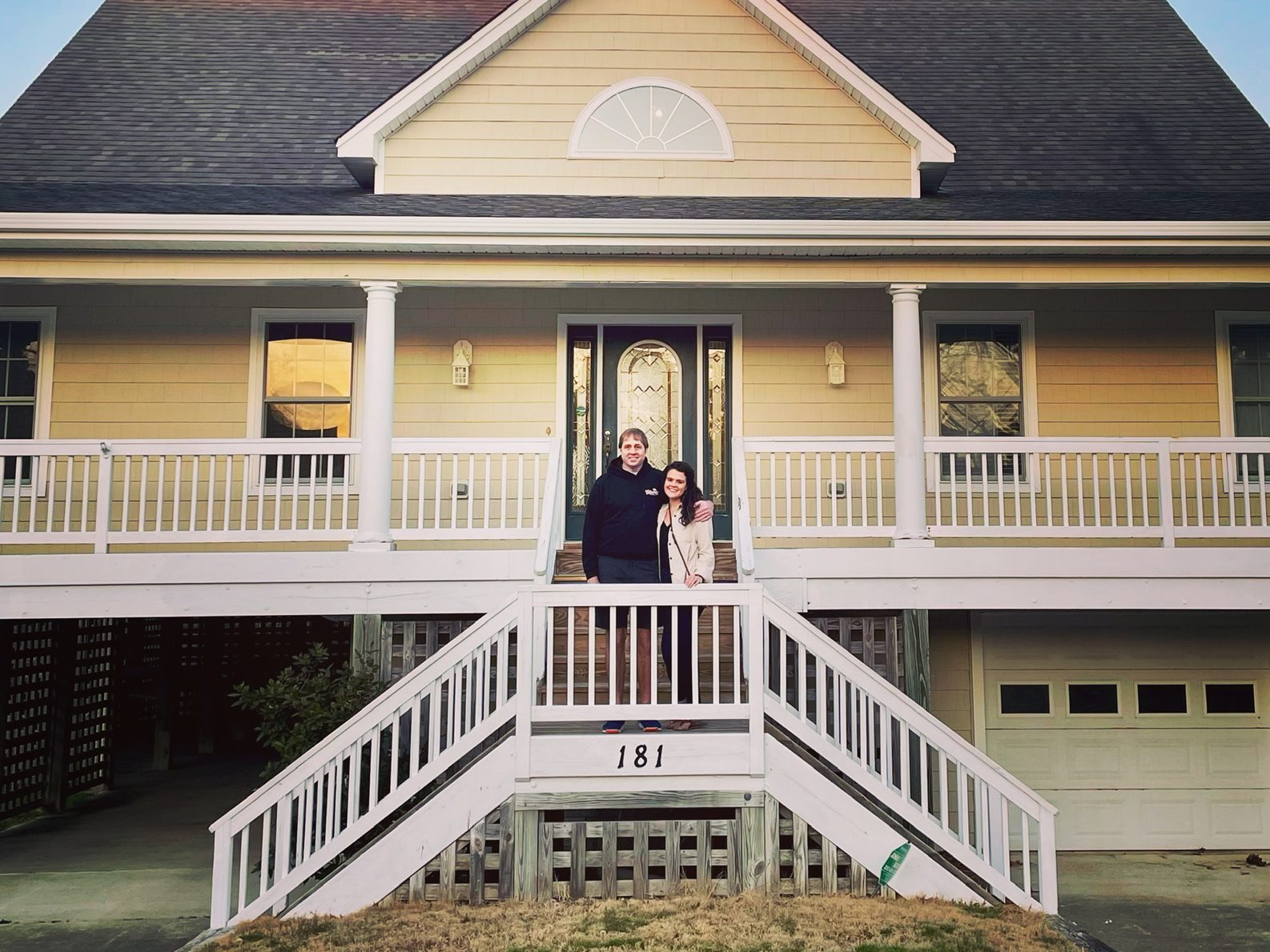 When the COVID-19 pandemic hit and remote working became the norm in industries across the board, making that telecommute from as remote a location as possible became appealing on an unmatched scale.

And while many have been bringing their work with them while vacationing on the Outer Banks long before it became the norm, some are going on two years of making the beach their permanent home while still being able to work for companies of all sizes.

The Outer Banks Visitor Bureau even developed an online guide for visitors looking to telecommute while here.

Libby Long, a corporate event planner for Booz Allen Hamilton, is one of so many who have successfully shifted their life to the Outer Banks.

“I fell into such a habit of being a Beltway Bandit, just living for kind of a grind. And when I stopped, when COVID happened, everyone kind of had to stop,” Long said.

“I just realized that I was living my life based on “nine-to-five” and not living for what happens after five and happens before nine,” Long said.

The 34-year-old Philadelphia native was no stranger to North Carolina, visiting the OBX for most of her life and graduating from Elon University in the Piedmont.

Long let her lease expire after living around 10 years in and around Arlington, Virginia and was going to spend at least the summer of 2020 with her parents in South Nags Head.

“It always kind of seemed to me the beach came to life around spring break and the beach kind of died around Halloween,” Long said. “But after just experiencing my first off season, I really realized just what an amazing place this is to live.”

“There are always people to interact with different, you know, things to take advantage of whether it’s a food festival, an art show, concert,” Long said. “There’s just so much going on and you actually can really build a life for yourself here. That’s not just because it’s at the beach.”

“I make the trade offs of the fact that for over ten years I could walk out my front door and be at one of probably 18 Starbucks within five minutes walking on my own two feet,” Long said. “I now walk out my door and I get to see the marsh and the sunrise and the sunset.”

“I worked really hard to build a friend group here,” Long said. “From neighbors, and then being introduced to folks, and there’s a really great exercise community here and I feel lucky to be a part of it.

“And I’ve definitely met a lot of really amazing women down here that I feel very thankful to call friends,” Long said.

From a work aspect, Long said she was able to continue working for Booz Allen Hamilton with relative ease from the Outer Banks without a lot of the concerns that have been raised about infrastructure.

As business travel, trade shows and events have resumed, Long has resumed work travel on a more regular basis. But she has been more than happy to make the tradeoffs of time and convenience that living on the Outer Banks brings.

Long also noted that Raleigh is another option, and although it adds another few hours to her trips, she does have the opportunities to catch up with friends who call the Triangle home.

“But then you have that moment where you’re coming over the bridge and you’re like, ‘Oh wow. I get to live here!'” Long said. “It doesn’t feel like a burden when you get to see what’s on the other side.”

Long was also realistic about the advantages and disadvantages about making the Outer Banks home for younger professionals.

“If someone was 21 and said ‘I’m gonna go start my career on the Outer Banks working from home’, I’d be like, I don’t know if that’s the right thing,” Long said.

“If you want to be going into an office and doing things where you’re gonna be able to meet people. I think that’s one thing. But coming from someone who works from home, it can be hard sometimes,” Long said.

“We don’t have like a town center area where you can park your car and then walk around and there’s restaurants and bars,” Long said. “I think that there’s a certain point in your life where that is actually exactly what you want.”

She was also realistic that telecommuting from somewhere like the Outer Banks can have its appeal on the surface to just about everyone, but some jobs, and some personalities, just won’t allow it to be successful.

For herself though, Long says she has fallen fully into the Outer Banks lifestyle while still being able to work for a major corporation.

“I just kind of really realized that there’s just so much more to life than being beholden to your computer,” Long said.

“And I think I found just a sense of inner peace,” Long said. “I know that sounds pretty corny, but what I’ve really have come to love and what has made me just really excited to start my life here is the community.”